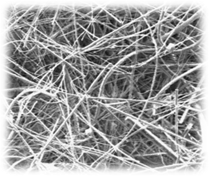 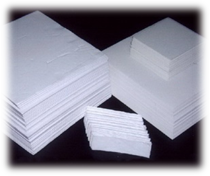 AGM is an acronym for absorbed glass material.
It’s a microfiber mesh sheet that’s placed between each plate in an AGM lead-acid battery.
It performs two functions:
1. it serves as a plate separator, and
2. it’s the medium that holds the electrolyte.

Answer to question from last issue: 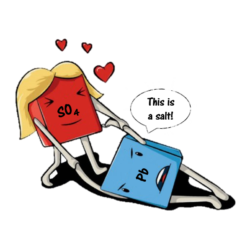 Can charger output voltage that is too low degrade an AGM battery?

Yes, it can drastically reduce battery life!.   You see, as a lead-acid battery drains, small soft lead-sulfate (PbSO4) crystals form on the negative and positive plates. Initially, that’s not a problem because the lead-sulfate can be reconverted back to its original components (via recharging). But, if a partially or fully drained battery is allowed to remain in a low state of charge for weeks or months, larger hardened lead-sulfation crystals form which cannot be reconverted…as such, those areas on the plates are rendered unserviceable! Now the battery won’t be able to provide the full CCAs or amp hours. So what’s the problem with low voltage charging?
Well, low voltage charging won’t completely de-sulfate the plates…that’s because there’s not enough polarization of the plates to completely convert lead-sulfate back into its separate components (sponge lead on the negative plates, lead dioxide on the positive plates, and soluble sulfate). For reference, with shallow-cycle discharges (e.g., engine start), continuing to recharge the battery with low voltage will reduce battery life by 50 to 66%. With deep-cycle discharges (e.g., silent watch), the same scenario will reduce battery life by 80 to 90%. That’s why the recommended corrective maintenance charge voltage (when charging a single 12-volt AGM battery) should be between 14.4 to 15.0 VDC, and the preventive maintenance charge voltage should be between 13.5 to 14.1 VDC. Never use a recharge voltage less than 13.50 VDC on AGM batteries…you’ll regret it.

Cranking Amps (CA) is a standard battery industry rating referring to the amount of cranking power that a fully-charged battery has for engine start when the battery is at the freezing temperature of water. Specifically, it’s the amount of amps that a nominal 12-volt battery can deliver at 32oF (0oC) for 30 seconds while still maintaining at least 7.2 volts (that’s 1.2 volts per cell). For example, the Hawker® ARMASAFE™ Plus battery has a CA rating of 1550 amps.

Fee-fi-fo-fum, I can’t tell if this battery is recoverable or done. Don’t despair Sergeant Jack…. Be it healthy, or be that it appear dead, your Hawker® FSR can help with lead. Contact us for free on-site training!